Scarlett M Rose is an Indian Tv personality and actress. She is known for winning the title of MTV splitsvilla (2014) with Mayank Gandhi.

She is a beautiful model with more than 500k followers on the Instagram account. The actress often posts her hot and sizzling pictures on the account and keeps updating her fans about upcoming projects. Soon, Scarlett M Rose is going to be seen in India’s biggest controversial reality show Bigg Boss 12.

The diva is also featured in several journals including FHM Magazine, Indo Portuguese Global Magazine, Model’s View Magazine and more. Scarlett also played as a lead in Hindi television series ‘Boys’ which premiered on Big Magic channel. She has also done commercial shoots for popular brands Ayeshree Spa, Baywatch Resort and more. After taking a break from modeling career she became a travel blogger. In future, Scarlett dreams of becoming a supermodel.

Earlier it was rumored that Scarlett is dating Tv celeb Karan Kundra, later it was headlined that the Splitsvilla winner is dating Ketan Chugh who is a builder. Currently, the mesmerizing actress Scarlett is single and is not dating anyone. But after going through her social media accounts it is speculated that the diva is spending quality time with a mysterious guy.

After appearing in MTV Splitsvilla and winning the title, Scarlett is all set to entertain the audience and her fans in Bigg Boss 12. The show will host by B-town actor Salman Khan. The diva will compete with other celebs including Tanushree Dutta, Ishita Dutta, Bharti Singh, Harsh Limbachiyaa, Danny D and others in the show. 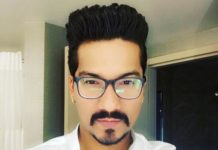 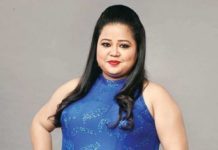 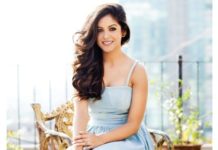