So after the end of the second week, Salman Khan’s appeared on the Bigg Boss, Double Trouble tonight. There were 5 contestants who were nominated for elimination this week. The contestants were Mandana, Prince, Roopal, Aman and Rimi. 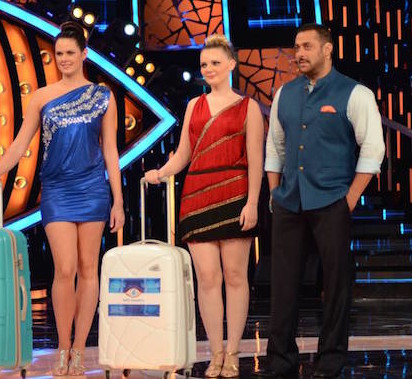 In the very beginning of the show, Mandana was announced safe by Salman Khan, which showed that she has been liked by the audience. She was also appreciated by Salman due to her involvement in the “Lagaan” task and Salman also said that she was the only one who understood that particular task well.

Kishwer and Suyyash were questioned regarding their performances in the task and both of them could not give suitable explanation for their respective performances. Salman then asked the contestants that in their opinion, who thought that Yuvika and Vikas performed a great job as captains during the first week of the season.

Four of the contestants raised their hands but then Salman showed various footage of the house where the house was seen extremely dirty, messy and spoiled. There were dirty utensils seen in the kitchen, oil was spilling from here and there and bathrooms were also not clean. Salman scolded the two captains a little and asked them to be more responsible as captains in future if they are given the same opportunity again. 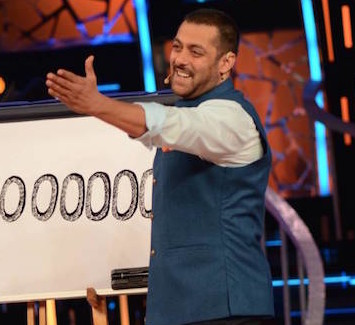 Later in the show towards the end, Salman asked Rimi regarding who in her opinion is safe today and she called “Prince’s” name. Salman announced that it was true in fact and Prince was safe from this week’s elimination.

This means that Rimi, Aman and Roopal still are in danger zone and we will have to wait till tomorrow to see who will be eliminated and who will stay in the house for at least one more week.