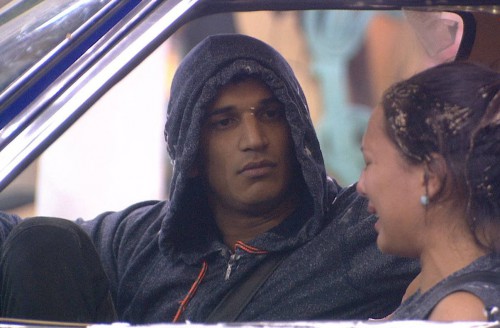 Meanwhile, it was also shown that there was a huge argument among Rochelle, Kanwaljeet, Priya, Rishabh and Mandana Karimi on trivial matters. Later on, Mandana also had an apparently nonsense argument with Digangana. However, as the task progressed, the three contestants inside the car looked more tired both physically as well as mentally.

Bigg Boss then announced that now, other housemates could support their favorite contestant inside the car so that he/she might win the task. Bigg Boss also mentioned that the winner’s special right regarding next nominations could be useful for any housemate, therefore they should try their level best to do the task. 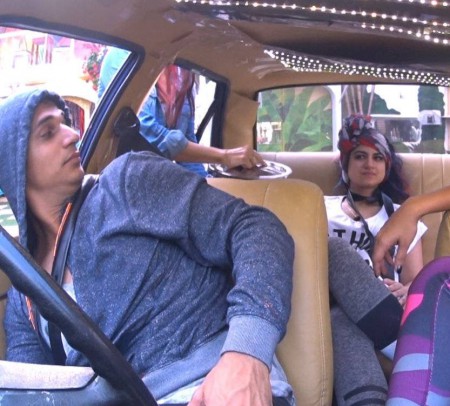 Rishabh, Mandana and Suyyash tried a lot of things to make the contestants step out of the car such as foam, gel, shampoo etc but none of them were willing to move an inch even. As time passed and night approached, Bigg Boss made the task even fierce and announced that no one from the car could sleep even for seconds. If someone was seen with the eyes closed, alarms would start ringing inside the whole house.

Bigg Boss then made a special announcement late at night and it was full of anger and rage. It was announced that the version of Bigg Boss, which is known as Big Brother in other countries, has been a life changing opportunity for people across the globe.

However in this season, some contestants are not recognizing this opportunity and are not taking the house seriously. It was further announced that this house is not meant for such people who are not determined and willing to change their attitude.

In tomorrow’s episode of bigg boss 9, this announcement will be continued whereby a chance will be given to the housemates to leave the house, if they want to.