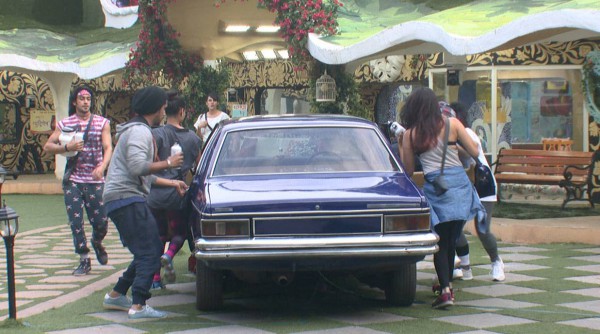 In addition, the losing team of the “BB Dairy” task will decide with mutual consultation that which two contestants out of their team performed the worst during the task. After mutual consultation, their team gave the names of Rimi Sen and Mandana Karimi, which meant that they won’t participate in the game.

Bigg Boss afterwards announced the task whereby on the sound of the buzzer, the contestants were to sit in car, standing in the lawn. The objective was to stay inside the car for the maximum amount of time. Once any contestant’s foot touches the ground, he/she will be eliminated from the task. 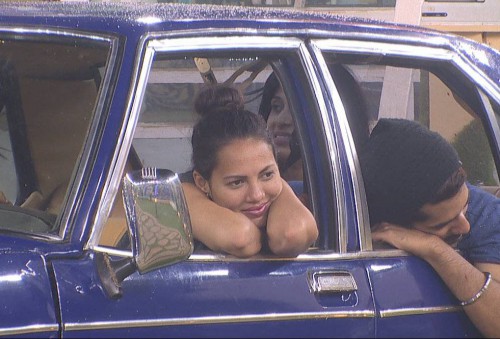 It was also announced that no one could help the contestants in the task which meant that no eatables or drinkables could be given to them neither could they go for washroom.

Mandana Karimi was made the judge for this nerve racking task. Just after the beginning of the task, Kanwaljeet could not make it to the car since he was a bit lazy. Moreover, Rishabh Sinha was eliminated soon since Suyyash Rai made him touch his foot to the ground. The remaining contestants inside the car were Prince Narula, Rochelle Maria Rao, Priya Malik, Kishwer Merchant, and Suyyash.

After some hours, Suyyash started to feel bad and he mentioned to Bigg Boss that he needed to see a doctor, hence he left the car.

Now tomorrow’s episode will tell which of the remaining four contestants will actually win the task and eventually win the immunity for the next two weeks. 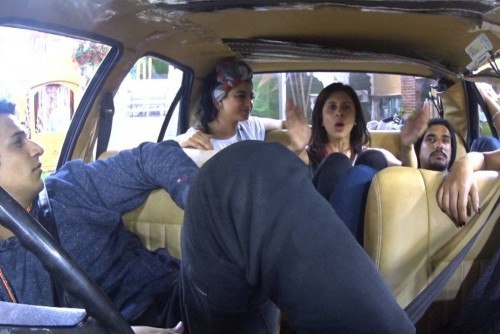 Tomorrow’s highlights show some even fierce competition inside the car as Bigg Boss would probably allow the outside contestants to support their favorite contestants inside the car. For more bigg boss 9 news and alerts keep following us.