In today’s episode, Bigg Boss gave a new luxury budget task to the housemates which was called “BB Dairy“. According to this task, the house was turned into a dairy farm while the housemates were supposed to work as dairy farm workers. An artificial cow was placed in the lawn and on the specific sound, the housemates were to run to the cow and start milking it. They were then required to fill this milk into small packets and assemble the packets into a container.

The two leaders declared by Bigg Boss were Rimi Sen and Prince Narula while Kishwer Merchant was made the judge for this task. Since Digangana was sick, Bigg Boss announced that she will not be a part of the task. The two leaders were to choose their respective teams themselves.

Rimi chose Priya Malik, Mandana and Suyyash for her team. On the other hand, Prince chose Rishabh, Rochelle and Kanwaljeet for his team.

The task started as usual with energy packed performance from both the teams. As expected, when Rishabh and Prince are in a task, you can definitely expect some extra energy and physical involvement.

During the task, there was a fight between Priya Malik and Rishabh whereby Priya blamed Rishabh for se***lly touching her. She said that Rishabh was licking her fingers with his tongue. Rishabh accepted that he was doing this but it was just for the purpose of the task.

Kanwaljeet Singh then interfered in between unexpectedly and Priya got into a huge fight with him. It was for the first time on the show that Kanwaljeet fought with any contestant. 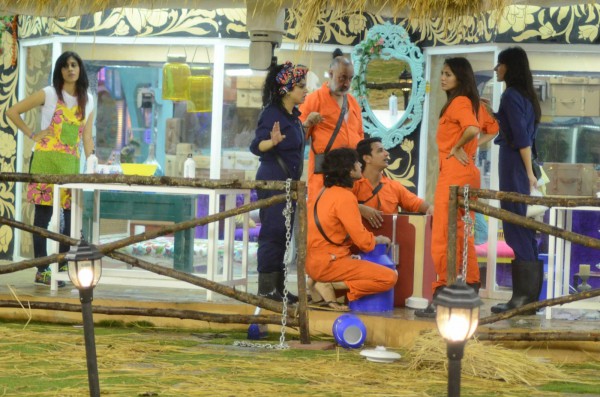 Towards the end of the task, Rimi was also blamed as usual for not being involved fully in the task. There was another argument between Priya Malik and Kanwaljeet since he called Priya “auntie” for which she was really upset.

In tomorrow’s episode, there will be more arguments and fights among various housemates and yet another blame is waiting for Rimi Sen.