Daljeet Kaur belongs to Ludhiana, Punjab. She is the daughter of Army Personnel and her mother is a Homemaker. She has two Elder Sisters who are also working in Indian Defence Services. Her education details are nowhere mentioned. She got married to her Co-Star Shaleen Bhanot in 2009.

Together they were called “Cutest Jodi” in TV Serials. Eventually, they get separated. At that time this couple has been in news controversially. She has a son Shaarav and now she is a single mother, living happily with her child.

Career-wise she is so fortunate. In the shortest period, She has achieved a wonderful place in the TV Industry. Recently, She is also a contestant in India’s Biggest Reality show Bigg Boss Season 13 which has been premiered on Colors Television and Bollywood superstar Salman Khan kick-started the show. Further, she is the best buddies among other contestants. Once in awhile she had spoken about Big Boss show, “this show is not just about rivalries, Friendship also matters and make a huge difference.”

This shows her good gesture towards other participants. According to her fan followers – “She is mentally strong and she can be the winner of this season”. Apart from these rumors been in the news that finale would be taking place in a month, so just wait and watch. 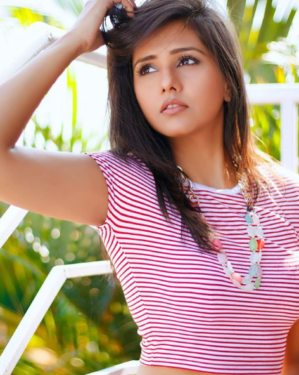 In an interview, she stated that she is excited about the show and this show also provides her financial soundness. Although making money is not the motto. But she is in a very happy space.

Dallijiet Kaur is also a very famous name on Social Media Platform. She has 614K and 43.5K followers on Instagram and Twitter respectively.

Keep visiting this space to get the latest updates on Bigg Boss 13.