Monali Thakur is one of the most vibrant and talented playback singers that our Indian film industry has. She is also a talented actress. Born in a musical family in Kolkata, Monali had bagged National Film Award and many others.

Along with singing, she had also acted in several movies. She might go unnoticed due to her small appearances, but she does really cast a charm with her talent in spite of her small roles. “Lakshmi” by Nagesh Kukunoor featured her in a complete role.

Being from a musical family, Monali inherited the skills from her father and elder sister. She got her training in music in Hindustan classical music by Pandit Jagdish Prasad along with Pandit Ajoy Chakraborty.

Monali used to perform singing in school and college along with local functions. At the age of 14, she received the Best Playback Singer Award at the Anandalok Awards for Shri Ramakrishna. She got popularity at the national level due to her performance in Indian Idol Season 2 where she stood 9th.

Like every other talented star, Monali also had to struggle a lot to make her presence in the industry. She left her hometown and moved to Mumbai to give her complete effort. After a few projects, she got the jackpot with her amazing singing performance for two songs in the movie Race 2 in the year 2008, “Zara Zara Touch Me” and “Khwaab Dekhey.” After that, there was no looking back for her.

She had done acting in Bengali TV Series since her childhood. “Aalokito ek Indu” was a Bengali TV show where she acted when she was a child. She portrayed the lead role of Indubala. She also did two Bengali telefilms and made her movie debut with Bengali movie “Krishnakanter Will” in 2007.

Before Nagesh Kukunoor’s “Lakshmi,” Monali appeared in many Hindi and Bengali movies, but in most of them, she made guest appearances. 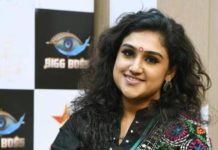