Today’s Bigg Boss episode started off with a Christmas song. Some gifts were also sent to various housemates from their respective family members. Later in the day, the housemates were seen indulged in a fight regarding the delay in the breakfast. Priya Malik was actually trying to help Gizele in the preparation of breakfast but things went wrong and due to some misunderstandings, the fight began. Suyyash had to interfere in between since he was the captain but Priya took it way too seriously and was seen crying.

However, everyone went calm and quiet after some time. 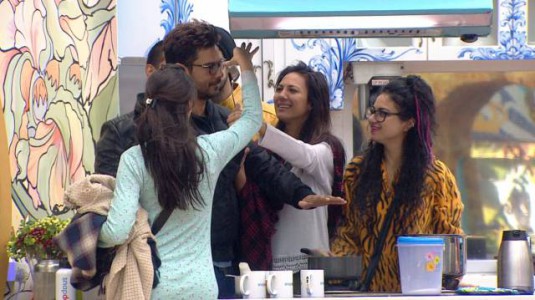 The “remote control” task, which was started yesterday was continued today as well. Bigg Boss announced all the housemates to be paused and that was when Priya’s husband appeared on the video monitor. They talked to each other for a short while and it was quite emotional. Later on, Prince was called inside the confession room where he was given a letter from his sister. He went quite emotional as he read the letter. As he came out of the confession room, he saw his sister inside the house.

After that, Suyyash’s sister also visited the house and Bigg Boss then congratulated all the housemates on the eve of Christmas. 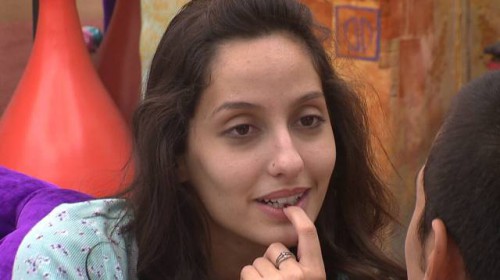 Another important happening in today’s episode was that Prince Narula and Nora Fatehi expressed their love for each other. Both of them looked very cute and genuine in expressing their feelings.

In tomorrow’s highlights, it was shown that Salman Khan will appear on weekend and will ask various questions based on this week’s major happenings inside the house. Mandana Karimi was seen yet again complaining and blaming other housemates for all the negativity.