In today’s episode of the Bigg Boss, all the contestants were seen discussing yesterday’s ticket to finale week task. Some housemates were also seen making strategy for the next part of the task. The task was then resumed by the Bigg Boss later in the day. The remaining contenders in the task were Rochelle Rao, Kishwer Merchant, Prince Narula, Rishabh Sinha and Mandana Karimi while Priya Malik had been eliminated from the task yesterday. 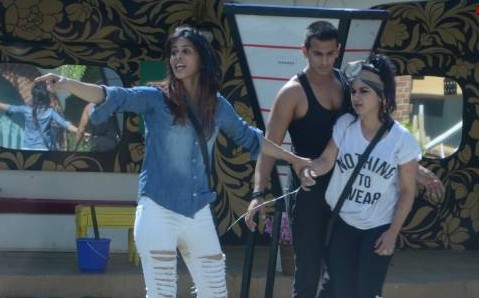 However, Priya kept herself involved in the task completely and got somewhat personal with Prince during the task.

In fact, Prince and Priya exchanged some nasty comments and words while they were in the task. The task though continued and the contestants continued to empty the sand containers of each other. 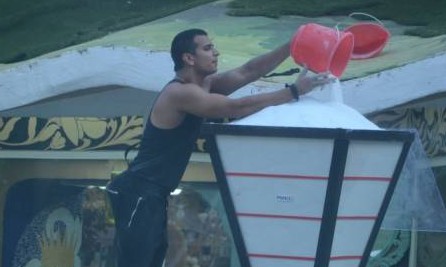 However, after a few hours, it was announced that for one hour from now on wards, all the remaining contenders would open the lever of their respective sand container and would try to fill their container with the help of a bucket. At the same time, they could also try to empty the sand from the containers of others, as in the previous parts of the task.

After exactly one hour, the buzzer would ring again and the contestants with the maximum amount of sand would be declared as the winners of the task.

The buzzer rang and the task resumed again. Priya as usual teased almost every contestant except Rishabh. She targeted Rochelle specifically and emptied a lot of sand from her container. 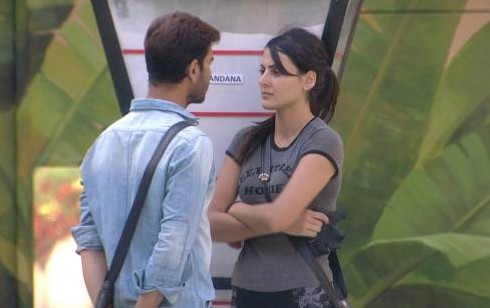 Rochelle seemed to be quite upset and rightly so, however Priya kept on doing the task and made Rochelle cry bitterly. It was quite obvious soon that Rochelle’s container was quite empty and she would not be able to win the task. Rishabh’s container also lost considerable amount of sand and when the task was over, Prince, Kishwer and Mandana’s containers had the maximum amount of sand.

Bigg Boss asked Keith Sequeira who was the judge for the task and he mentioned that these three were the winners of the task.

In tomorrow’s highlights, it was shown that Bigg Boss will put the three of these through a very tricky decision where they would be given to grab a specific amount and leave the house or get the ticket to finale. Keep visiting bigg boss 9 website for more updates.