Today’s Bigg Boss episode kicked off with some clarification taking place between Suyyash and Prince. Actually, Kishwer, Suyyash, Keith and Rochelle were of the view that Nora was not serious with Prince and she was just posing to be Prince’s friend so as to use Prince for the game. Prince however was not too convinced by this argument. After that, Priya came to Nora and she also tried to clarify some things regarding yesterday’s huge fight. Nora though still seemed to be upset about yesterday and she was not willing to accept anything. 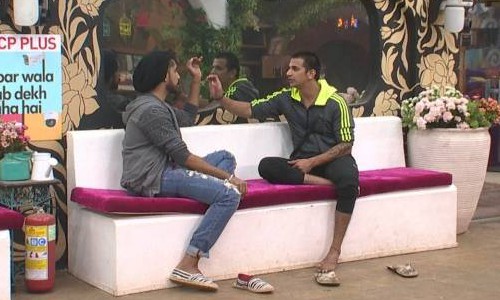 Bigg Boss then asked the housemates to resume the luxury budget task “Jewel thief“. Priya had applied coconut oil to diamonds so that they could become slippery and thieves could not handle them easily. The thieves team was quite upset when they came to know about this. Afterwards, Rishabh and Priya got into a huge fight when Rishabh tried to escape from the jail during the task. 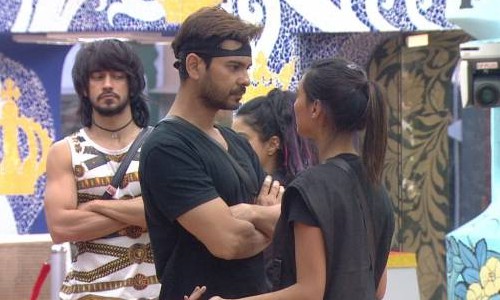 At the end of the task, Bigg Boss asked Suyyash (who was the judge) for this task regarding which team had won. Suyyash mentioned that the thieves team had stolen 7 out of 8 diamonds. It was then announced by the Bigg Boss that the Police team was the winner for this luxury budget task. 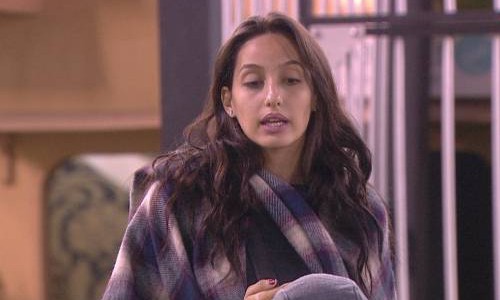 Snapdeal then gave the housemates an opportunity to buy their favorite fashion items from their “full on fashion sale [click here]” deal. All the housemates bought outfits of their own choice for tomorrow’s new year eve.

In tomorrow’s highlights, it was shown that Bigg Boss will be sending some extremely entertaining guests in order to celebrate the new year eve with the housemates. These guests will include the famous comedian, “Sunil Grover” also known as “Guthi”, actor Siddharth Shukla and actress Adaa Khan.