Today was exactly the hundredth day of the Bigg Boss Season 9. In today’s episode, Bigg Boss gave a task to the housemates called “silent disco” whereby two contestants were required to dance in the garden area every time and buzzer would ring and the song would start to play. Then the next two contestants would replace the previously dancing couple and so on and so forth. The interesting part of the task was that only the dancing contestants would be able to listen to the music via headphones. Also the dancing mates were required to use different getups and dancing styles during the task.

The first buzzer rang and Mandana Karimi and Keith Sequeira started dancing which were later on replaced by Prince Narula and Rochelle Rao.

While the task was still on, Yuvika Chaudhary entered the Bigg Boss house, who had been earlier eliminated from the show. She greeted all the housemates and had some chit chat with all of them. Yuvika also joined the task and danced with Prince. She mentioned to Prince that she would definitely have responded to his proposal had she got some more time inside the house.

Later on, Nora Fatehi also entered the house and she was upset with Prince. Gizele Thakral also joined the housemates afterwards and gave some external feedback to them. 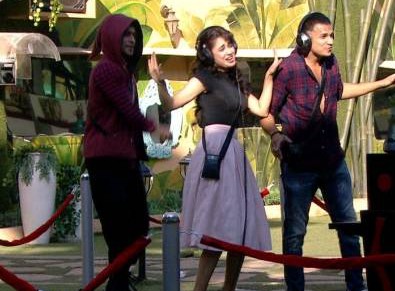 After the task was over, Bigg Boss asked Yuvika, Nora and Gizele to leave the house. 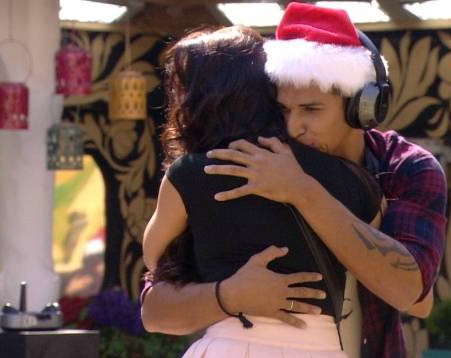 Bigg Boss then asked the housemates to give one name with mutual consent, who according to them was the least entertaining during the task. They gave the name of Rishabh and Bigg Boss announced that Rishabh Sinha would not be a part of Bigg Boss’s 100 days celebrations and dinner. However, the housemates did not like this decision and as a protest, they declined the dinner, which was later on returned to the Bigg Boss.

In tomorrow’s episode, it was shown that there will be a mid-week eviction and one of the housemates will need to leave the Bigg Boss house, just days away from the grand finale.