Today’s Bigg Boss episode started off with a brilliant dance performance of Salman Khan. As he mentioned yesterday, the team of his upcoming film “Prem Ratan Dhan Payo” also joined him in the show for the promotion. This film will be released on November 12, 2015 on the eve of “Diwali“. The whole team of the film went inside the Bigg Boss along with Salman Khan and Sonam Kapoor and also gave some Diwali gifts to the housemates. Salman and Sonam also did a superb dance performance inside the house and it was great fun for all the housemates. Both of them asked some questions from various housemates to which they answered. Obviously, Salman was satisfied with a few replies while he was not convinced with other arguments, made by the housemates regarding various happenings inside the house. 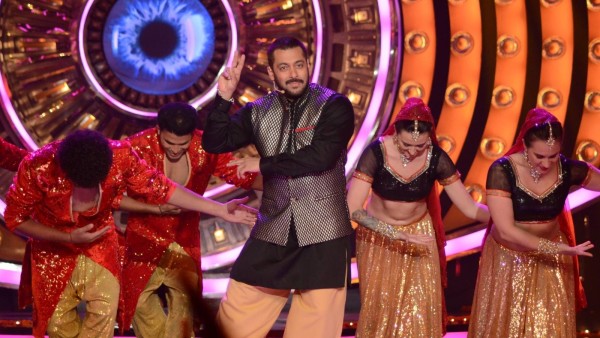 Salman also showed to the viewers in today’s episode regarding what happened inside the house yesterday after Salman had scolded them for spitting them in the water and food. It was shown in the clips that Kishwer, Aman, Rishabh and Mandana once again got into a huge fight regarding the spitting act. 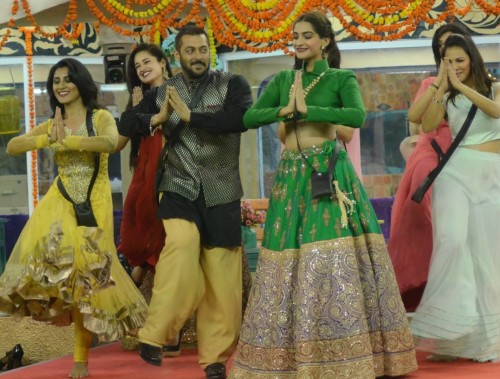 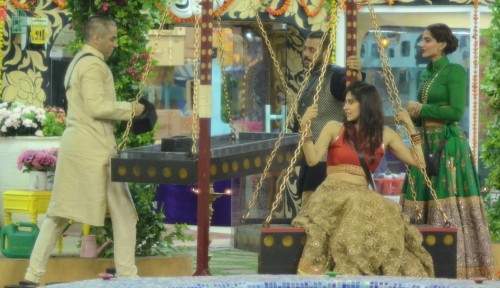 Digangana even told Rishabh that Rochelle had cleaned the bathroom using his toothbrush which Rochelle apparently denied. However, Rochelle did not seem to be really convinced with her denial and it seemed as if she actually did this. Rishabh definitely appeared to be upset when he heard this but he kept silent.

Towards the end of the show, Salman announced that the naughty boy, Aman Verma was safe from today’s elimination. Next, despite her reluctant presence inside the house and her time and again statement regarding the exit, Rimi Sen was also announced safe from the elimination.

At last, Salman Khan announced that it was Yuvika Chaudhary who had to pack her bags and leave the Bigg Boss house for good. 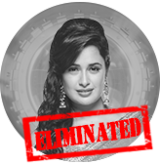