Arhaan Khan has been making headlines constantly ever since he entered the house of Bigg Boss for the second time. He has not only proposed to Rashami Desai but there are also reports that they both can get married inside the house. Arhaan’s elder brother Arif has spoken about his brother, issues related to him and Arhaan’s marriage with Rashami.

When Arif was asked about the rumours of Arhaan and Rashami getting married inside the house of Bigg Boss 13, he said that it will not happen as his family won’t allow such things. He says that his family believes in the institution of marriage and they can’t let their son or daughter get married on a show. It is one of the most important decisions of life and it should be dealt seriously.

As per Arif, Arhaan has been playing pretty well and every housemate other than Paras and Sid has been behaving in a good manner with him which proves that Arhaan is a nice person.

Arif says that everybody has a past, so did Arhaan. However, the manner in which these things came on national television was not appropriate.

Arif feels that Rashami Desai has an amazing personality and despite being a big TV actress, she is very humble. 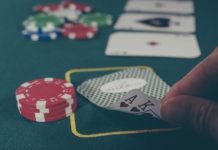