Today’s Bigg Boss episode was a very important one since it was the second nomination special of the current season. The nomination was a little unique in the sense that each and every pair was asked to nominate two other pairs. 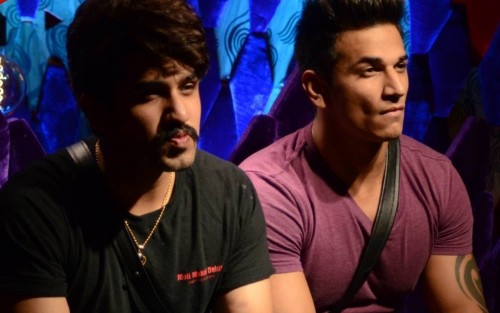 However, Bigg Boss added a little twist at the end of the nominations by announcing that actually, only one of the contestants from each of the five pairs will be nominated and this had to be decided by the mutual consent of that particular pair.

This obviously was not an easy decision to make since it was very hard for every contestant to convince his/her partner that he/she should not be nominated. However, after quite a few arguments and long conversations, somehow each pair decided on one contestant and then Bigg Boss was informed about these nominated choices. Eventually, the five contestants who were nominated for the upcoming eviction were Rimi Sen, Prince Narula, Aman Verma, Mandana Karimi and Roopal Tyagi.

Another very interesting event of this episode was the bid on the bags of those four contestants who had not yet got their bags.

These four contestants were Prince Narula, Digangana Suryavanshi, Keith Sequeira and Suyyash Rai. Bigg Boss announced that the only way these four contestants could get their luggage back was by bidding for their individual bags. It was mandatory that the lower range of the bid must be at least three lac and it was also announced that the sum total of this amount would be deducted from the grand prize money of fifty lac. Keith Sequeira put the amount of zero and he mentioned that he did not want his luggage back as for him, this was a very unfair call from the Bigg Boss. Digangana put a bid of four lac for her luggage, Suyyash three lac, thirty three thousand, three hundred and thirty three while Prince three lac. The sum total of these bids was ten lac, thirty three thousand, three hundred and thirty three and when subtracted from the total prize money of fifty lac, this came out to be as 39,66,667. Bigg Boss then mentioned that now this amount of 39,66,667 will be awarded to the winner of the Bigg Boss Season 9, Double Trouble. 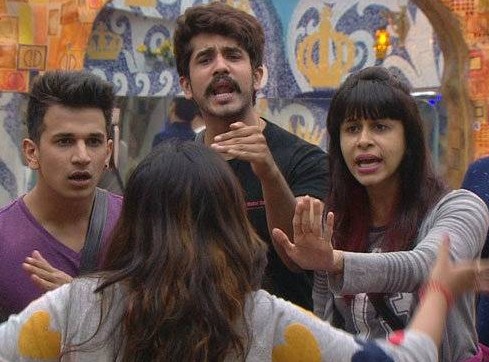 It is important to mention here that the majority of housemates were upset about this call from the Bigg Boss and they were angry with Suyyash, Prince and Digangana. Most of them were of the view that just like Keith did, these three could have also sacrificed their luggage and as a result of it, no money would have been deducted from the total prize money of fifty lac. They all appreciated Keith Sequeira for his brave and timely decision.