So, today was the third part of the task “Panch Dosh” in which Rochelle and Kanwaljeet were chosen to take part. In the task, a safe was placed inside the activity area with a fake “ticket to finale“. Both of the contestants did not know what was inside the safe and they were required to be patient. 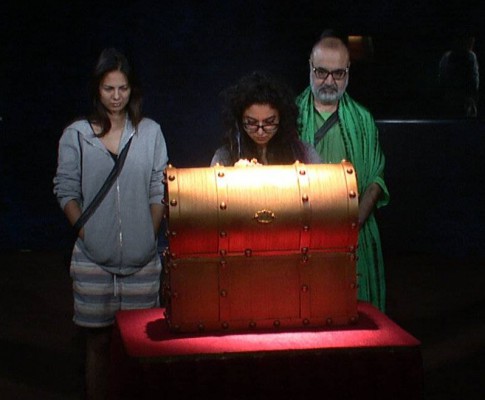 However, Kanwaljeet lost his patience and asked the captain Priya to open up the safe. Priya opened the safe for Kanwaljeet and gave the finale ticket to him. He thought that he had actually won the real ticket however Priya later on mentioned that Bigg Boss had already told her that this ticket was fake. She also announced that Kanwaljeet’s team had actually lost this particular part of the task. 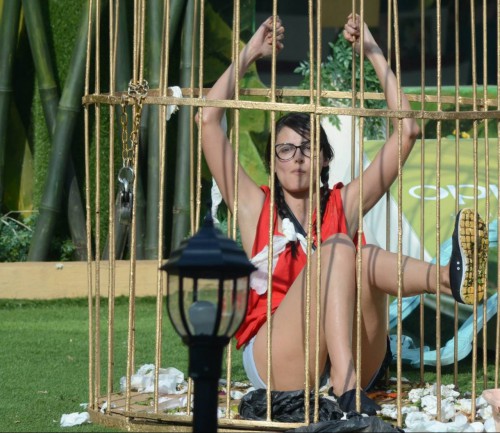 For the task, Rishabh’s team used physical tactics against Mandana while Mandana’s team used emotional tactics against Rishabh. However, neither Mandana nor Rishabh gave up and Priya had to take the decision after three hours. She announced that Rishabh had been more patient during the task and he was declared as the winner.

In the last part, Rochelle and Kanwaljeet were required to cross the swimming pool full of mud and dirt and touch the cross for the maximum times, placed at both the ends of the pool. 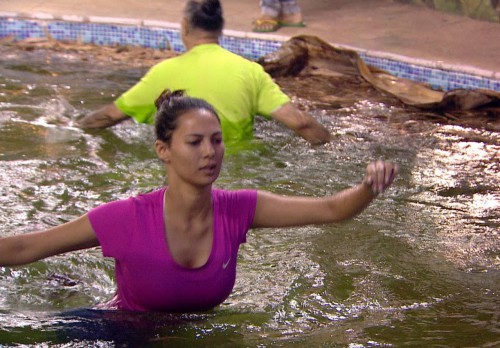 At the end, Priya announced that Rochelle was the winner of this part and thus overall, the winner of the whole task “Panch Dosh” was team A , which comprised Rochelle Rao, Prince Narula, Keith Sequeira, and Mandana Karimi.