Today’s Bigg Boss 9 episode kicked off with part one of yesterday’s incomplete task “Panch Dosh“. So, as Kanwaljeet and Mandana both had lost three of their very precious personal belongings, the task had to move forward. For the fourth item, Mandana tried to search the diamond ring of Kanwaljeet so that it could be destroyed but actually, she brought an artificial one. 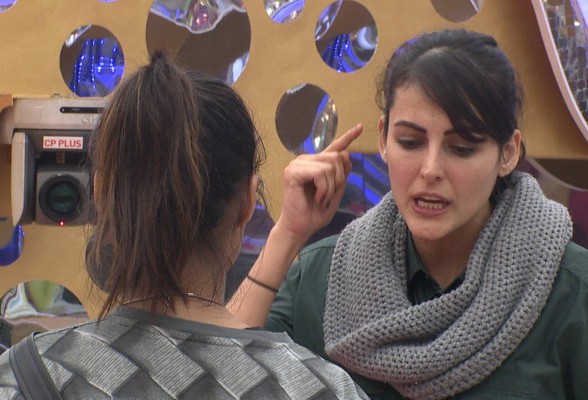 Rochelle and Keith however from their team took a stand against this and said that this task was going to a very low level and they did not want to do it anymore. Mandana however was of the view that she had lost her most precious and emotionally attached belongings, so they should go ahead and finish the task.

However, Price, Rochelle and Keith kept on insisting that they should forfeit the task and that is exactly what they ended up doing. Priya then announced that the team B was the winner of this task. 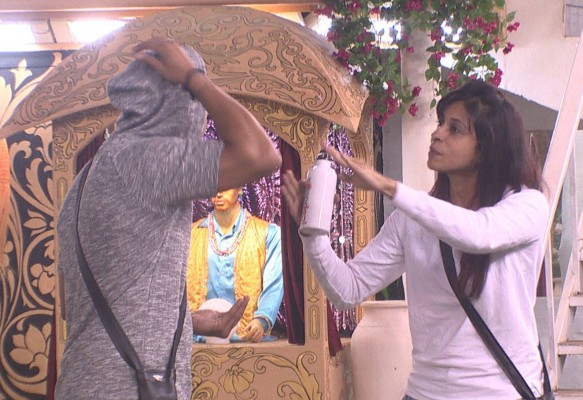 Meanwhile, Prince Narula and Kishwer Merchant also had a huge fight regarding the same task. Prince, as usual, became really emotional and shouted at Kishwer. 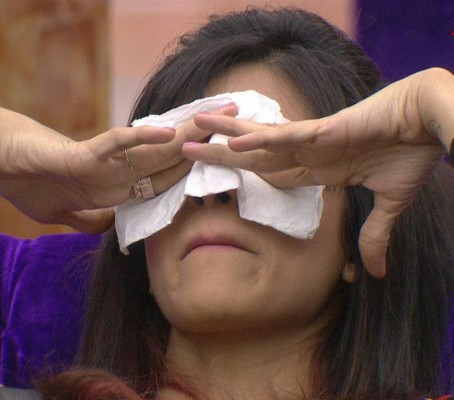 Next was the part two of the task whereby a male contender had to be chosen from the opposite teams. The contender was supposed to go to the activity area where a female dancer seduced them.

Both of the contenders had to wear a heart rate monitor and they had to keep control on their heartbeat and eventually emotions.

Priya Malik had to decide in the end which contender had better control over his emotions. So the chosen contenders were Rishabh Sinha from team B while Prince from team A. 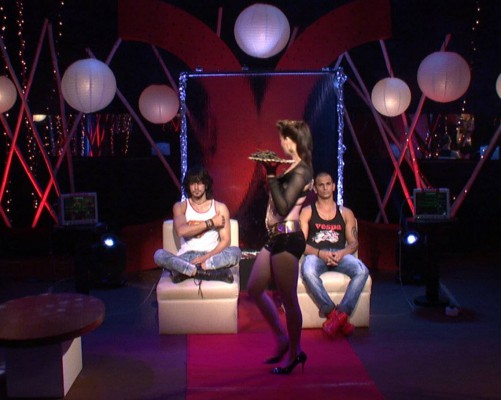 After the task was done, Priya announced to Bigg Boss that Prince’s heart rate was better controlled and Rishabh’s heart rate had gone onto the 150 mark, so she declared Prince as the winner of the task.

Therefore, both the teams ended up having a tie at 1-1.