Today’s episode started off with Bigg Boss calling Rimi Sen inside the confession room . There, she was asked that since she was the judge of the luxury budget task, she should think and tell Bigg Boss regarding who was the worst performer of the task. Rimi thought and called the name of Mandana. She then came out of the confession room and after some time, Bigg Boss announced that since Mandana was the worst performer in the task, she should pack her bags and come out of the house. 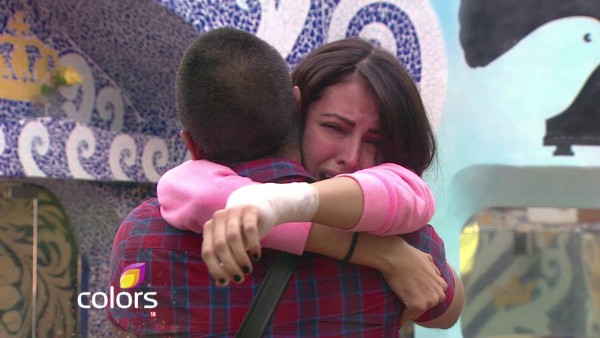 Bigg Boss though did not use the word “elimination” which could have rung some bells for those who were smart enough to understand this particular twist.

Mandana said goodbye to all the housemates and she was taken to a secret room inside the house which obviously the housemates did not know about. There, Bigg Boss welcomed her and told her that she was not eliminated and would stay there for only 24 hours. Moreover, she was told that the next day when she goes back to the house, she will nominate two persons for direct elimination. 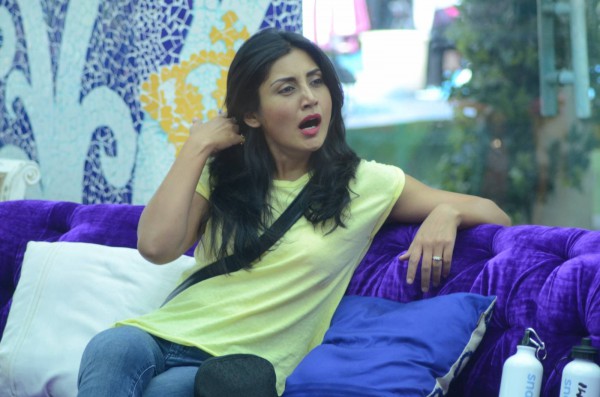 On the other hand, Bigg Boss tells the housemates that Mandana is not eliminated and is in the secret room of the house. When the red light placed in the living room will be switched on, it means that Mandana is watching you. Mandana, on her return to the house will nominated two contestants who will be safe from nominations. So, during the time the red light is switched on, you have to behave well so that Mandana nominates you and you become safe from elimination.

This was perhaps the biggest twist of the season so far. To Mandana’s surprise, Rochelle and Aman were seen backbiting about her. Rochelle mentioned to Aman that Mandana was wrong and she did not want her to come back to the house.

On the other hand, those housemates who were apparently not good friends of Mandana, seemed to have no real issues regarding her return to the house.