Rohit Shetty, who started his career in the Bollywood industry turned to be one of the most successful directors.

All his movies are critically acclaimed and also performed successfully in the box office. Little bit had we believe that after the big time flop of debut film Zameen, Shetty would wrap his interests. However, he rose again and emerged as King of box office success.

Rohit Shetty is a director, cinematographer and produce. Let us take a look at Rohit Shetty’s Biography, Wiki, Personal Details, Age and Height.

Rohit Shetty was born into the family that is rooted with Indian film industry. His father M.B. Shetty was a stuntman and acted as antagonists in a number of movies in Hindi and Kannada. He was born with three elder sisters and two step brothers.

Since he hailed from a family which is part of film industry, it is no surprise that he had great interest in films since his childhood. During his early teen, he was very much certain about his dream. Apparently, he worked hard and realized his dream. He wanted to be director but also turned out to be an actor.

After the first movie, in the year 2006 he directed a comedy film, Golmaal, featuring Ajay Devgan, Arshad Warsi and Tushar Kapoor. It was his first success, crucially and commercially. 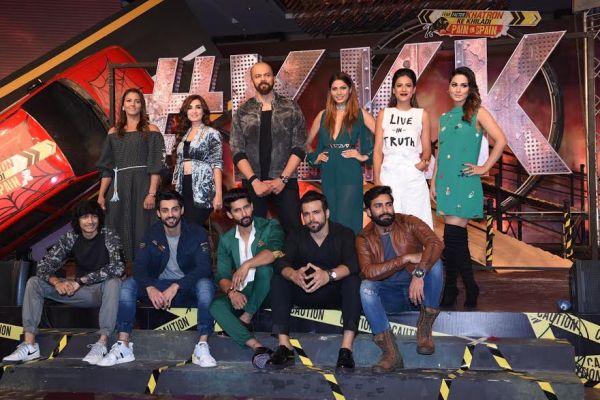 Subsequently, he directed a comic-thriller ‘Sunday‘ which starred Ajay Devgan and Ayesha Takia. ‘Golmaal Returns‘ is the sequel to his second movie, ‘Golmaal’. The cast and crew almost remained same except Sharman Joshi. In 2010, he released the third series in the movie, Golmaal 3. Ajay Devgan turned to be his favorite hero and casted in many movies.

Shetty then directed the biggest box office movie, Singham. In spite of being a huge commercial success, the movie acclaimed crucially for the performance of the protagonists and stunt sequences.

His next work was Bol Bachchan, which featured Abhishek Bachchan and Devgan, a commercially successful movie.

He played the role of Judge in the reality show Comedy Circus.

He played the host of the reality show, Khatron Ke Khiladi, season 5 and 6.

He is married to Maya Shetty and the couple has a son, Ishaan Shetty. He was alleged for a relationship with actress Prachi Desai.

Rohit Shetty faced quite a bit controversy before release of the film Singham. It was reported that he tried to bribe the censor board.

Rohit Shetty is back to host the upcoming season of Khatron Ke Khiladi, which will go air on 22nd July.