The veteran actor Kamal Haasan, proudly acclaimed as “Ulaga Nayagan” aka “Universal Hero” was born in a family of advocates. Kamal Haasan is a multifaceted personality and one of the greatest actors in the Indian film industry.

In addition to an actor, he is also a director, producer, screen writer, lyricist, playback singer and choreographer. Recently he also donned a new role, as a Host of the reality TV show. Although he predominantly works in Tamil film industry, he worked in many languages in the film fraternity.

Hailed from a traditional family, he was in a village named Paramakudi, in the state of Ramanadhapuram, Tamilnadu. D. Srinivasan, his father was an advocate and mother Rajalakshmi was a housewife, named him Parthasarathy. He was the youngest child in the family of four children.

His elder brothers were also lawyers. Charuhasan is the eldest brother and a notable actor and Chandrahasan was his younger brother, who passed away a few months back. He has an elder sister, Nalini who was a classical dancer. After his primary education, Kamal Haasan moved to Chennai and continued his education.

His career as an actor started when he was just four years old. He acted in his debut movie as child artist in the film, “Kalathur Kannamma” and won the President’s Gold Medal, Rashtrapathi Award for his performance. He acted in many movies as child artist.

After a break of seven years, he returned back to industry not as an actor but choreograph assistant. During the period, he acted in bits and pieces in several movies. Deceased veteran director K. Balachander, gave him a full-fledged role to Kamal Haasan in the year 1973. He continued to act in several supporting but strong roles in many films.

He grew as one of the unstoppable force in the Tamil industry. In early 80s, he made his debut in the Bollywood industry. He produced many movies under his home banner, “Raj Kamal International” co-owned by his younger brother Chandrahasan.

He literally had no set back in career, except for a lot of controversies. Some of his movies put him into great controversies. To name a few, ‘Hey Ram’, ‘Virumandi’, ‘Vishwavaroopam’ etc.  Lately, he turned host for the first time on the television, in Big Boss, broadcasted in Vijay TV.

Kamal Haasan won many film fare awards. He was awarded with Padma Shri in the year 1990 and Padma Bhushan in the year 2014 for his contribution to Indian Cinema. 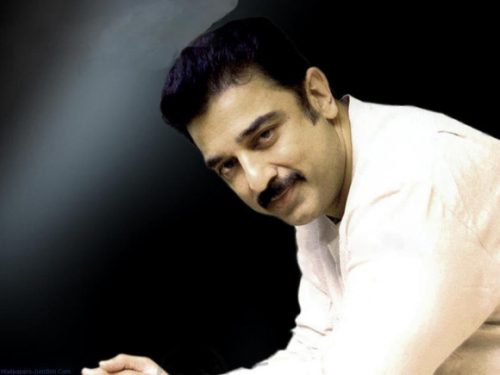 He received Chevalier Sivaji Ganesan Award for Excellence in Indian Cinema in the year 2006.

Kamal Haasan married to veteran classical dancer Vani Ganapthy for a brief period and divorced her. Later he married the Bollywood actress Sarika, and the couple has two daughters. Shruthi Haasan, a renowned actress and Akshara Haasan, who made her debut in Bollywood industry.

He divorced Sarika and lived with actress Gautami for more than a decade in a live-in together relationship. Recently the duo had a split due to differences of opinion and separated.

Kamal was widely accused for the explicit sex scenes, outright speech about caste and religion, offensive statements about religion, and being superficial in his films.