In today’s episode, the housemates decided to take Rimi’s make up stuff without her permission so that they could get their luxury budget for the last week. However, when Rimi came to know about this, she was not happy at all and asked the housemates to give her stuff back. The housemates were initially not willing to do so as they were not happy with Rimi’s irresponsible behavior and lack of interest in the show. 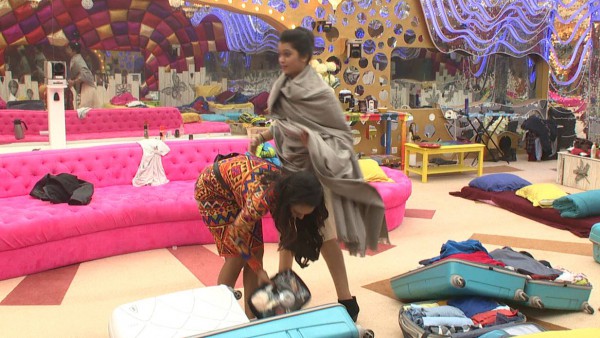 Rimi said that she would not perform any task whatsoever from now onwards and as a result, even more consequences will have to be faced by the housemates. Listening to this, Prince took the stand and said that they should return the stuff back to Rimi and they should also convince her to start performing in the tasks. Eventually, all the housemates agreed to this and returned her makeup stuff. Rimi Sen promised that she would take interest in the task from now onwards. 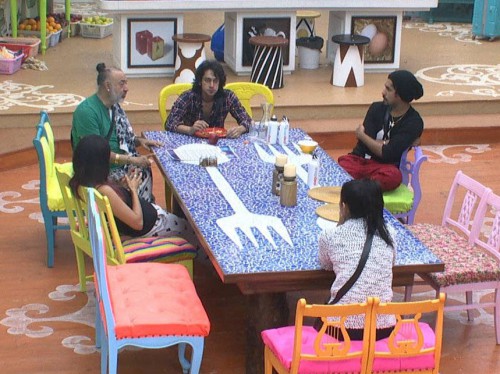 Next, Bigg Boss announced that this was the nominations day and today’s nominations will be headed by Priya Malik, ex contestant of Bigg Brother Australia, 2014. All the housemates had to go to the confession room one by one and take two names whom they wanted to nominate for elimination. Priya was interacting with the housemates inside the confession room through a monitor. At the end of the nominations, three contestants who were nominated were Rochelle, Mandana and Rimi.

Then, Bigg Boss asked captain, Kishwer Merchant to nominate two other contestants from the rest of the contestants. She called the names of Rishabh and Digangana. Hence, overall, five contestants were nominated for this week’s elimination. 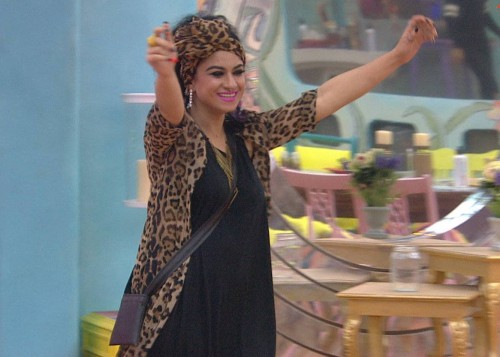 In tomorrow’s episode, all the housemates were shown to indulge in a huge fight where Priya Malik was also seen blaming Rishabh for s**ually harassing her during the task.