Salman today started off the show mentioning that yesterday, there had been some real drama inside the house after he went away. He then showed some video clips whereby Mandana was seen talking to Suyyash and their conversation yet again ended up in argument. It was also shown that Mandana then went to Kishwer and she wanted Kishwer to seek apology from herself but Kishwer denied that. 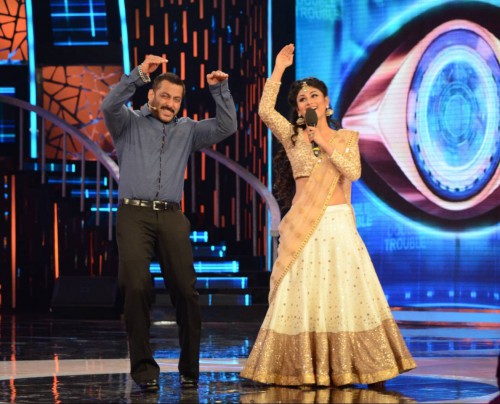 Salman then called “Mouni Roy” on stage who was there to promote her serial “Naagin” on Colors TV. Salman then asked all the housemates one by one regarding who they think was the naag, naagin and sapola of the house. Rishabh was unanimously declared as “naag” while Mandana Karimi was declared “naagin” of the house. Mouni Roy then requested Salman Khan to dance with her before she went away. 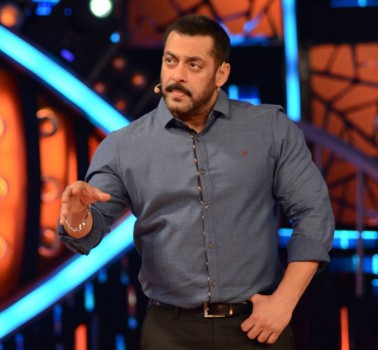 Salman then asked Rishabh Sinha, Prince Narula, Mandana and Gizele Thakral to go to the activity area where they were made search engines. Salman then asked some very interesting questions from them to which all of them had to respond. Then “Snapdeal contest winner” called Rishabh and asked him that why did no housemate come to him in case of any issues? Did they think that Rishabh was not dependable? Rishabh replied that if no one comes to him, he is actually happy about it. 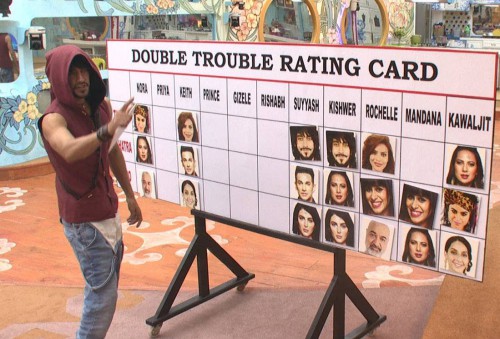 Next, Salman asked all the housemates to rate each other into three categories which were “Target”, “Khatra (Danger)”, and “Zero”. All the housemates gave their individual opinions regarding this.

Salman then announced that Kanwaljeet Singh was eliminated this week as he had got the least number of votes.

Salman then gave a little task to housemates whereby they had to decide the most secure person inside the house with mutual agreement.