Arpita Khan does not need any introduction as she is related to the family of Bollywood superstar Salman Khan. Arpita, the adopted daughter of Salim Khan, is married to actor Aayush Sharma who belongs to a New Delhi based business family. 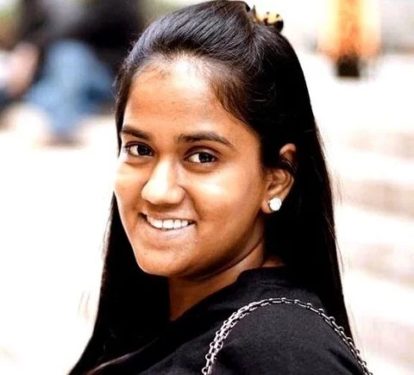 There are many versions of the story about how Arpita became a part of the Khan family but two versions are more popular than others. It is being said that once Salim Khan and his wife Salma Khan found a baby girl weeping beside a female beggar on a footpath in Mumbai; the beggar was no more and they decided to adopt the girl who is known an Arpita Khan now. Also read about, Bhuvaneshwari Kumari, Aayush Sharma.

However, as per another version, it was Salim Khan’s second wife Helen who saw a baby girl crying on the footpath beside the dead body of her mother who was a beggar and Helen brought the girl home with her. Whatever the truth may be, but it is absolutely true that Arpita is being loved a lot by all the members of the family.

Despite hailing from Bollywood background, Arpita never wanted to be a part of the film industry. It is not known to many that she is a fashion designer and stylist by profession. For her higher studies, she went to the London School of Fashion and had also worked in a famous interior designing firm in Mumbai.

Arpita was in a relation with Bollywood actor Arjun Kapoor for a couple of years. They began to date when Arjun was 18 years old and used to weigh 140 kgs.

Presently, Arpita is married to actor Aayush Sharma and the couple has a beautiful son who has been named as Ahil. Their wedding had taken place at the Taj Falaknuma Palace, Hyderabad, in the year 2014. There is also news of Arpita Sharma being pregnant for the second time and it will be in January next year that she will give birth to her second baby.

Aayush’s grandfather was a Congress political leader of great stature and has also served as a minister in the government; his father was also in Congress for a long time but now he is in Bhartiya Janta Party. They also have a business based in Delhi but Aayush always wanted to be an actor so he has shifted his base to Mumbai.