Today’s episode featured the great Salman Khan and it was the semi final of the season 9 of the Bigg Boss show. The very famous and veteran, versatile actor Akshay Kumar and Nimrat Kaur were there in order to promote their upcoming film. Salman mentioned that both of them had gone inside the house earlier and talked to housemates. It was then showed that they entered the house and greeted all the housemates.

They mentioned to them that they are there for the promotion of their film called “Airlift” which will be released on January 22, 2016. Akshay Kumar mentioned that this movie is based on real Iraq Kuwait war which broke out back in 1990. 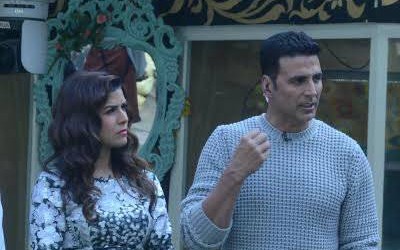 Akshay then gave a rescue based stunt to the male contestants of the house. The three females were made to stand at different places in the garden area. The male contestants, one by one had to go through different obstacles, jump into the pool, find the key and rescue all the females. Keith performed this stunt in 2 minutes 45 seconds, Rishabh did it in 3 minutes while Prince completed this stunt in 2 minutes 1 second only.

Akshay praised Prince a great deal and said that he definitely deserved to be the winner.

Salman Khan then went inside the house through video monitor and announced that Rishabh was the first contestant after Prince to make it to the finale week. He then announced that Mandana and Keith were also safe this week. Priya and Rochelle were left in the danger zone then and Akshay Kumar finally announce that Priya had been eliminated. 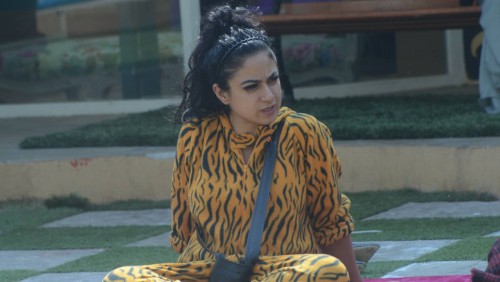 He took Priya Malik with him and airlifted her from outside the house.

Salman then announced that the five contestants of the season 9, who had made to the finale week were Prince Narula, Keith Sequeira, Rishabh Sinha, Mandana Karimi, and Rochelle Rao.

In tomorrow’s highlights, it was shown that the cast of “Kya Kool Hain Hum 3” will enter inside the house and will bring some really bad news for Mandana. However, the details of this happening could only be revealed after watching tomorrow’s episode.