Today’s episode started off with a huge fight between Priya Malik and Kanwaljeet Singh who have not been on good terms with each other. Kanwaljeet passed some offensive comments to Priya for which she was not happy at all. It was the continuity of yesterday’s luxury budget task in today’s episode.

Before the task could resume, Babaji inside the house announced that he wanted Rimi’s team to see him one by one. Babaji told Suyyash that he was a very strong team player however it didn’t show inside the house yet. Suyyash had not won even a single team based task in the season and it did not look nice at all.

To Rimi, Babaji said that it was good to see her participate in the task however if she has decided to take part in the task, she should do it with her full involvement. Priya was told by Babaji that due to one person’s fault, the whole team could suffer and she was also shown a video clip, whereby Rimi was in fact seen helping Prince a little during the task, who was from her opponent’s team.

Bigg Boss then announced to resume the game and the next order was of 25 packs. There were quite a few arguments among various housemates during the task and Priya and Kanwaljeet once again got into a huge fight.

Apparently, Kanwaljeet passed some racial comments to Priya this time and she could not take those words. Mandana also confronted a similar situation and to add to that, Rochelle also expressed that she felt some racism from Kanwaljeet. 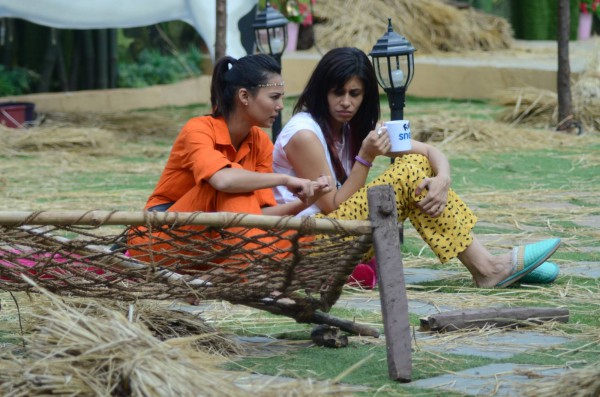 Bigg Boss also send a couple of cakes for Rochelle and Prince’s birthdays later on.

Latest News: Keith Sequeira is BACK to Bigg Boss 9 House.