Today’s Bigg Boss episode was full of drama, emotional content and fights. Yesterday, a luxury budget task “Highway” was given to the housemates. and the contestants were divided into two teams. Team B had taken their turn yesterday and today was the turn of team A, which consisted of Rishabh, Mandana, Rochelle, Aman and Digangana. 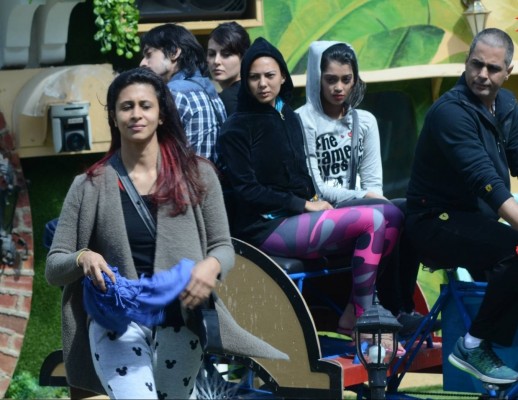 While the team A was doing its task and team B was trying to distract them, Kishwer brought cold water from the freezer and was about to pour it near Mandana’s feet when Mandana kicked her. Kishwer got a little hurt and was extremely upset about it as the Bigg Boss has very strict rules against physical violence. It has been seen in the past few seasons whereby contestants were either immediately evicted from the house on account of physical violence or they were given severe punishment. When Kishwer suffered the physical violence today, she became really angry and threw her mike away. Suyyash and Prince also threw away their mikes and Kishwer demanded that she should be called to the confession room immediately. 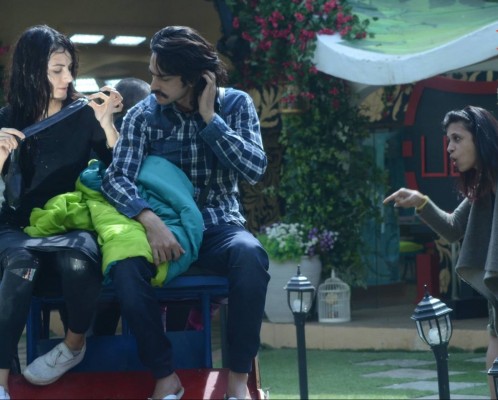 Bigg Boss called Kishwer inside the confession room and listened to her side of the story. On the other hand, the task was still going on and it was seen meanwhile that Prince did something even more traumatic. He brought air freshener and sprayed it directly onto the mouths of the members of team A. As a result of this, Digangana started vomiting and immediately, Bigg Boss announced to finish this task right there. 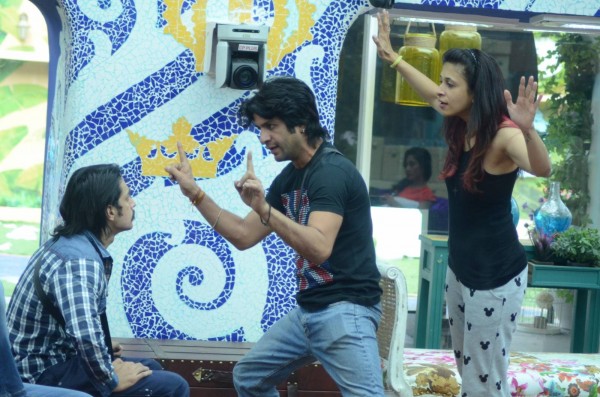 It was later on announced by the Bigg Boss that since Mandana had been indulged in physical violence, she was directly nominated for the next elimination and she will also not be able to nominate anyone for the upcoming nominations. For more bb9 updates, follow us on facebook or download our bigg boss 9 android app for free.