Today was another very happening episode of Bigg Boss Season 9. Today, housemates were given this week’s luxury budget task. To start off, Bigg Boss called Aman Verma and Kishwer Merchant inside the confession room and asked them to read the luxury budget task in front of all the housemates. 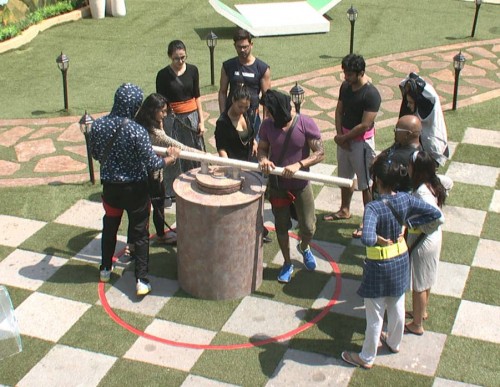 According to Bigg Boss’s instructions, Arvind Vegde was made the landowner of the house while 5 pairs had to grind flour, pack it into polythene bags and sell them to Aman and Kishwer’s pair. Aman and Kishwer were given coins and they were supposed to buy ground flour’s packets from the housemates. The luxury budget would depend on the number of coins earned by the other 5 pairs by selling ground flour to Aman and Kishwer.

Today’s episode saw quite a few dramatic fights among various housemates. Regarding the task, Rochelle Rao was seen complaining that her partner, Rimi Sen is not much interested in doing the task and she is predominantly doing this task on her own. 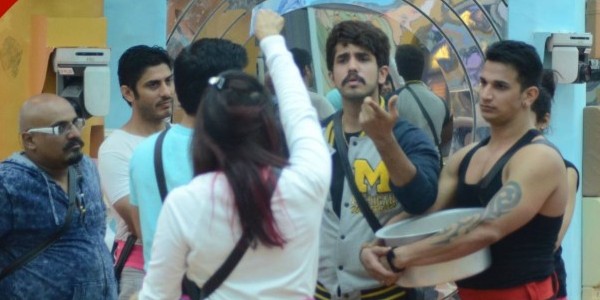 Kishwer Merchant and Suyyash Rai had a huge fight over the buying and selling of ground floor and their fight ended in tears. However, after quite a few dramatic arguments, other housemates made them hug each other. 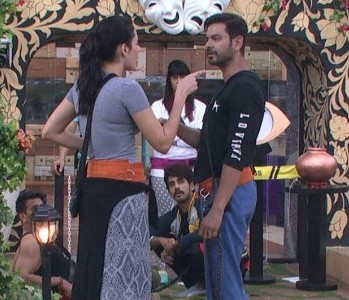 Mandana Karimi was also seen in a huge fight with her partner, Keith Sequeira. She was unhappy about the fact that in her point of view, Keith always wants to dominate her. Keith, on the other hand was of the view that it was not true and he has been more giving and accommodating in their relationship. Mandana again accused Keith of trying to spend too much time with his girlfriend, Rochelle Rao, which Keith actually denied.