In yesterday’s episode, two of the five nominated contestants had been announced safe by Salman Khan and that had left Rimi, Aman and Roopal in the danger zone.

Today’s show kicked off with Salman Khan’s entry and he initially teased Rimi Sen by telling her that she had won the ticket to finale, which was actually only a prank. Rimi got really upset about that as she apparently did not want to stay in the house for long. However, after quite a few minutes, Salman made it clear that it was only a prank and she was thought safe for this particular week. 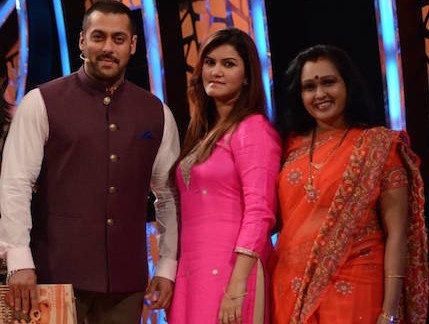 After that, Salman asked some questions from the actual family members of some housemates. Those who were there included Prince’s sister, Suyyash‘s sister and Digangana‘s mother. Kishwer’s mother also joined the show through video conference. Later on, some fans also asked different questions from the contestants. Randeep Hooda was also seen on today’s show for the promotion of his upcoming film called “Main aur Charles”.

Towards the end of the show, Salman Khan announced that Aman Verma was safe from today’s elimination while Roopal Tyagi had been eliminated.

On her eviction, she answered a few questions from the media persons, whereby she mentioned that Mandana was quite rude to everyone inside the house. After that, she went to Salman Khan where she was given a special right called “Big Bomb” by which she could again tie any of the two housemates. 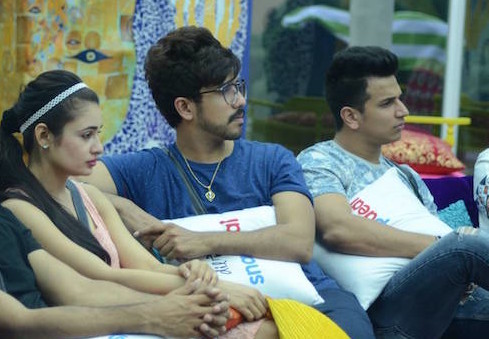 Those two contestants were supposed to stay tied till the next order of Bigg Boss. She asked Prince Narula and Suyyash Rai to again tie their belts mentioning that both of them shared a very good chemistry and none of them had any problems whatsoever while they were tied together.