Tanushree Dutta is an Indian actress and a model. She primarily works in Malayalam, Telugu and Tamil movies. Tanushree got the fame after debuting from Bollywood movie ‘Aashiq Banaya Aapne’ opposite Emraan Hashmi in 2005.

She was the recipient of Femina Miss India Universe (2004) organized in Quito, Ecuador. According to the latest news, she will be seen next in India’s biggest reality controversial show Bigg Boss Season 12. Let us know more about her professional and personal life.

Tanushree Dutta belongs to a conservative Bengali family. She did her schooling from D.B.M.S English School, Jamshedpur and attended college in Pune. She didn’t complete her graduation and dropped out of college to pursue her career in modeling.

She also bagged several modeling assignments and then worked with leading designers and national brands.

Tanushree Dutta won the Femina Miss India pageant (2003) held in Mumbai. After winning the competition, she represented India at another event Miss Universe in 2004. Initially, she started modeling for local ad campaigns, ramp shows and even worked as a sales executive at an event company.

She was also featured in an Indian pop music video by Harry Anand ‘Saiyan Dil Mein Aana Re’ before participating in Miss India pageant. The song became hit later she performed various shows in 2003.

She got fame when she made her Bollywood debut in 2005 from the films ‘Chocolate’ and ‘Aashiq Banaya Aapne’. Later, Tanushree was featured in several Bollywood movies and covered a short career time of 5-7 years. Unfortunately, the diva didn’t turn up the audience and her film career went down. The actress was last seen in Apartment in 2010.

Tanushree has also exposed herself to classical music and had been trained in fine arts at the popular Rabindranath Tagore Society for Arts.

The diva is quite talented and has mammoth of followers on social networks. The diva has made headlines for controversies in Bollywood and red carpet appearances. But she silently worked on her acting and garnered great reviews for her performance in later films like Rama the Saviour and Rokk. 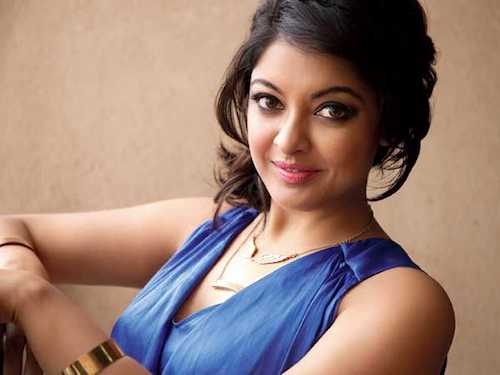 Recent new suggest that Tanushree along with sister Ishita Dutta is the participant of Bigg Boss 12. The show will go on the air from 16th October 2018. Let us wait and watch how long she survives in the show.