Today’s episode started off with a fight between Priya Malik and Prince Narula. After that, Priya had a fight with Rishabh Sinha regarding breaking of different laws inside the house. Almost all the housemates seemed to be against Priya because she was seen a little more conscious about all the house laws. She was not willing to let go even the slightest mistake especially from the housemates she does not like a lot. 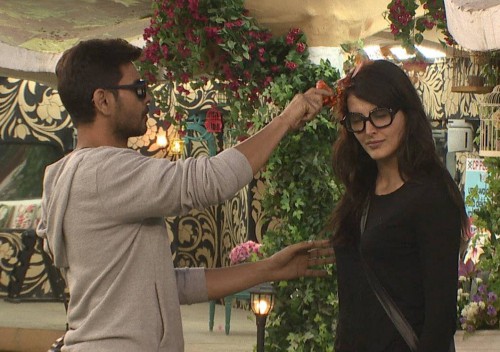 Bigg Boss then announced that this week, open nominations will be done. All the housemates were required to stand in a queue and had to break the bottle on the head of the contestant whom they wanted to nominate.

Each contestant had to nominate two others and Bigg Boss announced that Priya was safe from elimination this week as well. This was due to the fact that Priya had won immunity for two consecutive weeks by winning the task inside the car.

After the nominations, Bigg Boss announced that Mandana, Rishabh and Kanwaljeet were nominated for this week’s elimination. Then Bigg Boss gave a special right to Priya, being the captain of the house, whereby she could nominate one contestant for elimination. Priya called the name of Keith Sequeira apparently for a very childish reason and therefore Keith was nominated as well. 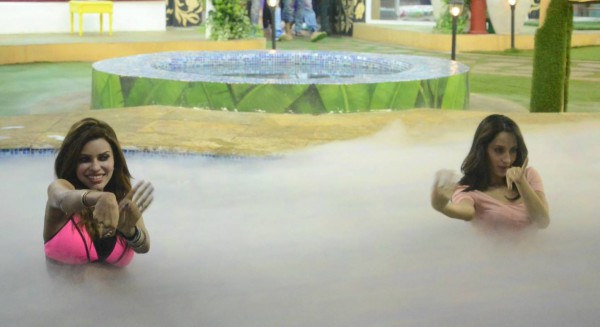 Later on, the two new wildcard entries to bigg boss 9 named “Nora Fatehi” and “Gizele Thakral” entered the house. Their entry was quite sizzling as they were dancing in the swimming pool when the housemates first saw them. 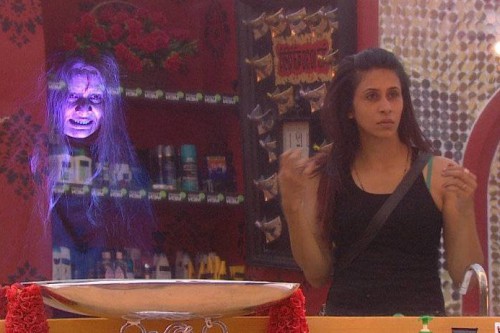 In tomorrow’s highlights, it was shown that the Bigg Boss house will be turned into a haunted house which seemed to be really scary.