Today’s fun filled episode of Bigg Boss with Salman Khan was a very interesting one as it had something really unique to offer.

First of all, Salman called some contestants one by one inside the activity room and asked them various questions regarding the house as well as the housemates. The contestants had to wear the lie-o-meter while replying to the questions, Salman asked them. Salman asked some very interesting questions from Prince and Kanwaljeet in particular. 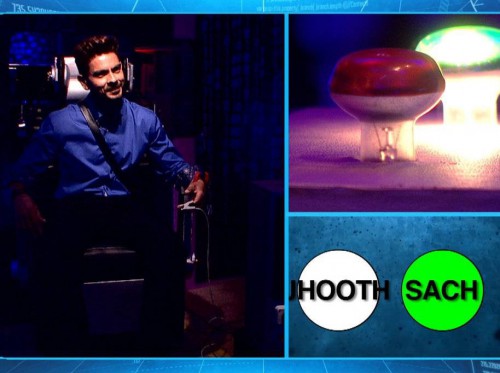 After that, Suyyash Rai and Keith Sequeira had to do the same task which Prince Narula and Rishabh Sinha had done in the last week. Both of them were called inside the activity room and a dancing girl came in front of them to dance and seduce them at the same time. Both of them had to keep their nerves calm and control their emotions. This was being checked with the help of a heartbeat meter. 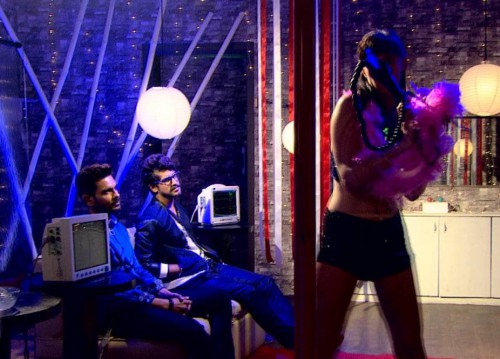 Salman then called the two new wildcard entries of the season. These were two hot divas named Nora Fatehi and Gizele Thakral who would enter the house in this week. Salman introduced both of them to the audience and welcomed them.

Salman then asked both of them why they wanted to go inside the house and what was their prime objective for the game.

Then happened the most important and unique elimination in the history of the season. Since voting lines were closed this week, the housemates themselves had to cast vote in order to eliminate either Digangana or Suyyash.

Eventually, the majority of housemates cast their vote against Digangana Suryavanshi and therefore, she was eliminated from the show.