In today’s Bigg Boss episode, Priya was seen back biting about Rishabh regarding what he had done during yesterday’s task. She was of the view that he had been way too personal while doing the task, yesterday. It was definitely not the first time Priya and Rishabh had some nasty words exchanged with each other.

Bigg Boss later on announced that the winner team of yesterday’s’ task would mutually decide the names of two contestants who would be the contenders for the next captaincy. Priya, Kishwer, Rochelle and Prince discussed with each other but everyone had his/her own strong viewpoint and could not initially reach a mutual decision. They then decided to write the names of their team members on small papers and asked Suyyash to pick two randomly. When Suyyash picked two of them, the names were Rochelle Rao and Prince Narula.

Bigg Boss then asked them regarding which of the two contestants they had decided would compete for the next captaincy task. They obviously called the names of Rochelle and Prince.

The task was quite simple as Bigg Boss asked all the housemates that they need to tie themselves with a belt. The contestants would then tie the belt to the contender whom they would like to be the next captain. At the end of the task, since the majority of housemates were in Prince’s favor, Bigg Boss announced that the winner of the task was Prince and he was made the new captain of the house. 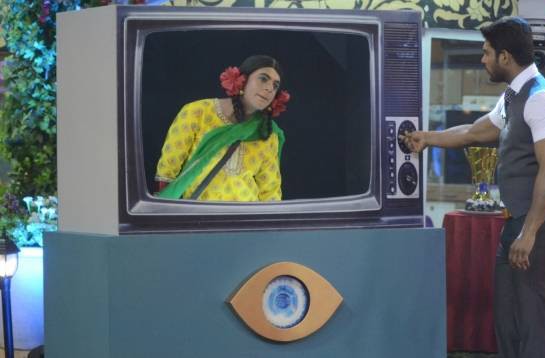 Bigg Boss then sent Siddharth Shukla, Sunil Grover and Adaa Khan inside the bigg boss 9 house to celebrate the new year eve with the housemates. All three of them entertained the housemates with their wonderful performances especially Sunil Grover, who was wonderful with his extremely witty jokes, as always. 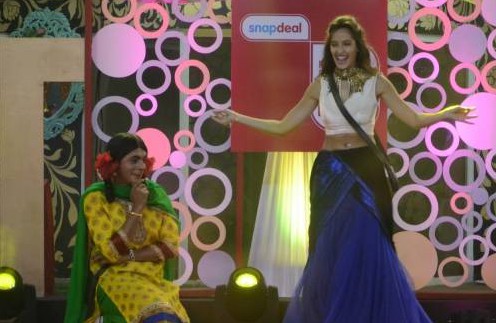 Tomorrow’s highlights show some very disturbing arguments among various housemates and Rochelle was also seen crying and feeling ditched by her close friends inside the house.

HAPPY NEW YEAR TO ALL OUR READERS…:)