Today were the third nominations of the Bigg Boss Season 9, Double Trouble. As expected, the nominations day was full of drama, suspense and entertainment too. Bigg Boss called each of the contestants turn by turn inside the confession room.

All of them had to call two names which they wanted to be nominated for elimination this week. Kishwer Merchant, being the captain of the house was obviously safe from the nominations. After all the contestants had expressed their respective choices, Bigg Boss called Kishwer into the confession room and gave her a unique authority. 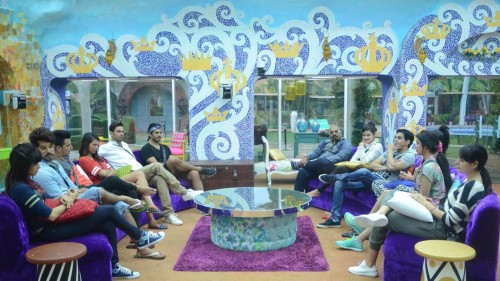 In addition to the already nominated contestants, she could call one name and that contestant was supposed to be nominated for the eliminations straight away. When asked about this, Kishwer nominated Rimi Sen. Overall, there were 6 contestants who were nominated for this week’s elimination and these were Arvind Vegde, Vikas Bhalla, Digangana Suryavanshi, Rimi Sen, Keith Sequeira, and Mandana Karimi.

Another important aspect of today’s episode was “Bigg Boss’s Babaji” (fortune teller) who told the housemates, about their future inside the Bigg Boss house. The contestants were asked to wear headphones and listen to their own future predictions. 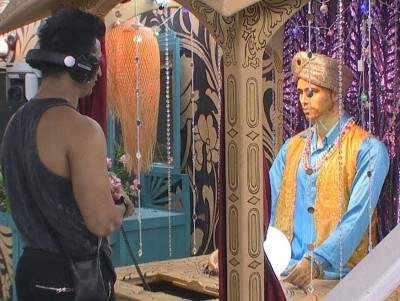 However, in this particular episode, only those contestants were given this opportunity who had not been nominated. Rochelle Rao was told that she laughed a lot and this laughter could go away in the days to come. She was also asked to take right stands at the right time. Suyyash Rai was asked not to be a slave of anyone’s thoughts and rather, start listening to himself. Kishwer was told that she was very strong and had great potential.

Yuvika was told that she generally seemed to be confused and she should be taking stands rather than sitting silent. Prince was also asked to be independent and be like a real prince. Aman was asked to be a bit more smiling and that he must also start expressing himself. 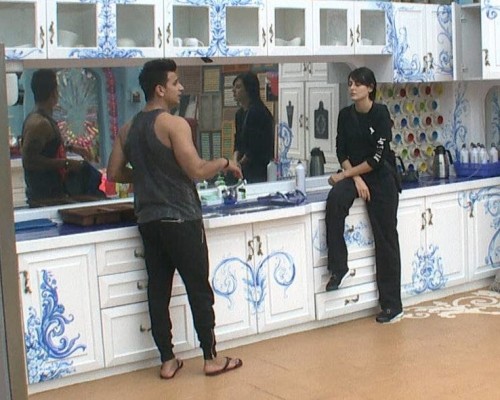