Today’s episode started off with a dance performance by the evergreen, Salman Khan. Salman then showed what was happening in the task to win additional 20 lac rupees. Digangana Suryavanshi, because of her sickness did not take part in the task while Priya Malik was made the judge. All others were supposed to hold the rope in their hands with their arms in upright position. This was definitely not an easy task as it involved a huge amount of 20 lac rupees. Salman asked all the housemates one by one regarding what they thought their respective sac was carrying in terms of the amount of money. 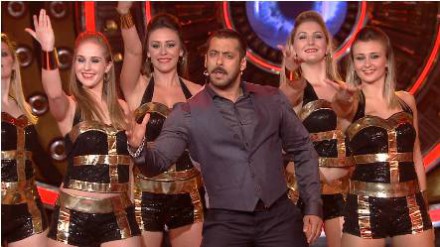 Everyone guessed and Salman then revealed (only to the audience) that it was Mandana who was having the actual amount.

While the task continued, Bigg Boss sent a couple of persons inside the house who took various items from the house including the make-up stuff, photo frames and food items as well. This was obviously to hurt the housemates who were already finding it difficult to hold onto the rope for such a long period of time.

Meanwhile, Rishabh had a small incident and accidentally left the rope for a moment and Priya mentioned that he was out of the game. However, Rishabh did not agree to this and kept on doing the task. 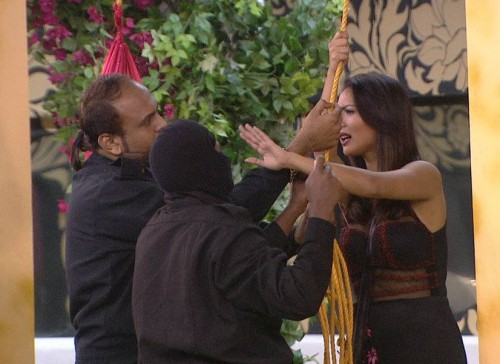 Bigg Boss then again sent an individual who this time, cut the ropes smaller, with which the sacs were hanging.

As a result, it became more and more difficult as the housemates now had to stretch more in order to hold on to the ropes. Rochelle was not happy about this at all as she is small in height and thereby, she also had a huge fight with Priya Malik.

Till the end of the episode, Mandana, Kanwaljeet, Rishabh, and Rimi Sen left the task because they had become really tired. The remaining contestants who are still in the task are Suyyash, Prince, Kishwer, Keith, and Rochelle.

During the task, Suyyash sister visited the house however, she was not allowed to go out from the confession room. Suyyash could see her through a video monitor and Bigg Boss announced that if he wants to meet his sister, he could leave the task and go to the confession room but he did not. 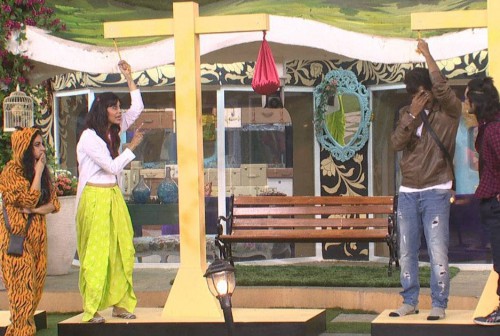 In the end, Salman mentioned that he will reveal the name of the eliminated contestant tomorrow.