Almost every day is full of drama. The fifth day was nothing different. With so much happening on the 4th day, we were expecting something amazing in the house.

So, why the wait? Let’s go through a recap of everything that happened on the 5th day.

The day started with everyone gathering together in the common area. Everyone seems to be relaxed and were sharing stories. Prince, on the other hand, started sharing the conversation about his childhood pranks. He told everyone how he used to collect the dried leaves and set fire on them.

Then, he saw  a long-haired woman drying her hair, and he then decided that he will lit her hair. Everyone was shocked hearing that and had a good laugh.

The Returns of Bags 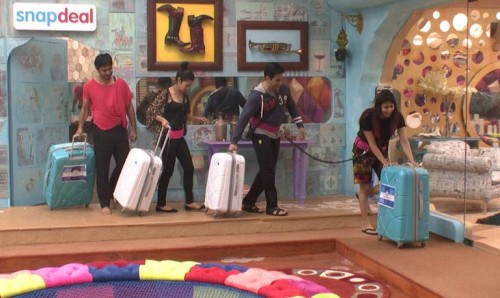 Yesterday, two couples showed grit and performed well, the Kishwer-Aman and Vikas-Yuvika Jodi performed well last day and they are both eligible to grab their bags back. After getting the bag, Vikas was overjoyed and changed to his favorite cloth.

On the other hand, Rochelle wanted Prince to get his bag as well as he performed well in the task.

Roopal and Digangana had some emotional moments. She shared her past with him and told her how she is finding it tough to handle Ankit. She doesn’t trust Ankit anymore. She knew it already that it will happen, but having a soft spot really hurts her in the long run.

She was also vocal on the absence on Coffee and requested Bigg Boss to make coffee available to the Bigg Boss 9 inmates. 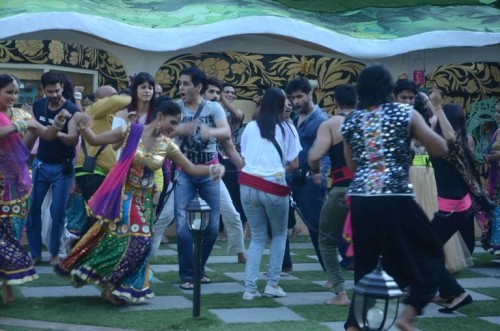 Everyone knows how Bigg Boss 9 is a tough place to be in. But, sudden events really light up the mood. The same thing happened when the housemates were busy doing the chores and suddenly the house opened and the dancers entered the house celebrating the Garba. Everyone also joined the dance and there was the time when everyone seem to be happy.

Next, the housemates were asked to buy necessary items from Snapdeal. A promotional aspect of Big Boss 9. The housemates made a good decision and bought a refrigerator and a microwave. 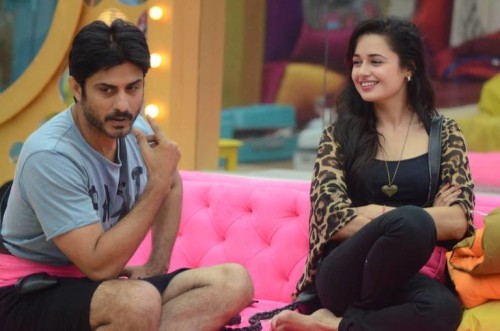 The next session was not easy as the housemates were told to exchange partners. But, who will decide? Everyone then settled in and asked captain Jodi to do the shuffle.

Every contestant needed to talk with captain Jodi privately. During the talk, all the other contestants were told to roam around until their turn comes around.

Rimi was excited as she doesn’t have to stay with Suyyash. Also, the demand of Prince as a partner has gone up exponentially this time. It is to be remembered that none of the participants want to become the  partner with Prince at the early stage of the show.

The day came to an end.